The Struggle of Major Powers over Syria

In this book, Dr. Jamal Wakim argues that the success or failure of Syria’s policies is directly linked to the degree to which these policies accord with those of Iraq, Turkey, Egypt and Saudi Arabia, and that it has been subject throughout its history to competition between the forces occupying the geostrategic spheres that surround it. He further argues that the influence of these spheres is not restricted to foreign policy, but also extends to interaction with cultural, economic and social groups, thus transforming the geo-political to geo-cultural, geoeconomic and geo-social. Ordered chronologically, the book deals chapter-by-chapter with the different conflicts and struggles that have surrounded Syria throughout history, detailing the constant struggles to control it by Mesopotania, Anatolia and Egypt. The book attempts to understand the political changes that have taken place during the term of President Bashar Assad, including the role of the ‘superpowers’ in seeking to achieve control of the region; and concludes that whoever controls Syria can tighten their grip on Iraq, Turkey and Egypt, and thus the whole of the Middle East.

Dr. Jamal Wakim has a PhD in International Relations and Modern Arab Histroy from the Universite St Joseph, Beirut, Lebanon. Since graduating, he has worked as a reporter and correspondent for various Middle East media outlets, including Dubai Television, Azzerman Kuwaiti Magazine and New Television Beirut. More recently he has fulfilled academic roles in universities in Beirut, and is currently teaching a Masters course at the Lebanese University. He has published a number of articles on topics related to Syria and to the history of Arab-Islamic Civilization. 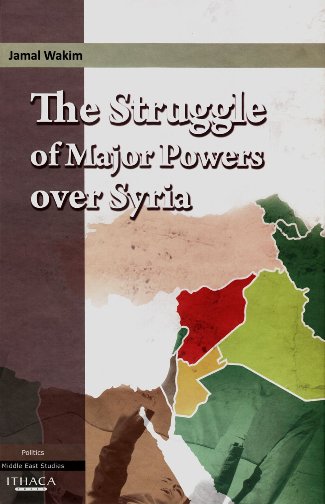