The Al-Sabah Ruling Family and Kuwait

This revealing account of one the world’s most enigmatic and affluent ruling dynasties by one of its own sons is a timely argument for genuine democracy in a paradoxical society. While Meshal Al-Sabah concedes that there are more democratic mechanisms in place in Kuwait than in other Gulf states, he maintains that the monarchy is not a genuine democracy. Political domination by selected segments of Kuwaiti society is safeguarded through the significant distribution of oil revenues as welfare and economic benefits effectively buying the support, acceptance or acquiescence of the Kuwaiti people. Yet Al-Sabah also makes the case for Kuwait as a country with vast potential, in which necessary reforms from the top down can encourage more democratic and transparent government and enable Kuwait to become an example to other states in the region. Through freedom of speech, civil rights and political accountability to weaken kleptocratic practices, Al-Sabah argues, a more equitable and successful society can be achieved. He further contends that the present generation is the first to face the imperative to improve real quality of life beyond simply raising material living standards requiring a focus on long-term solutions to inequality and the physical and social environments.

Dr Meshal Al-Sabah is a diplomat in charge of the Washington, DC desk at the Kuwaiti Ministry of Foreign Affairs, Department of the Americas. He was also a columnist for the Kuwaiti dailies Al-Seyassah, Al-Watan and Al-Qabas, and the Kuwaiti weekly political magazine Al-Majalles. He holds an ma in International Relations from the University of Chicago, and was awarded a Master of Public Administration from Harvard University s John F. Kennedy School of Government. He later earned a doctoral degree from the Department of Middle East and Mediterranean Sudies at King s College, London, where he researched the role of women in Kuwaiti politics. Today he is a Visiting Research Fellow at the Department. The Al-Sabah Ruling Family and Kuwait is his fourth book. 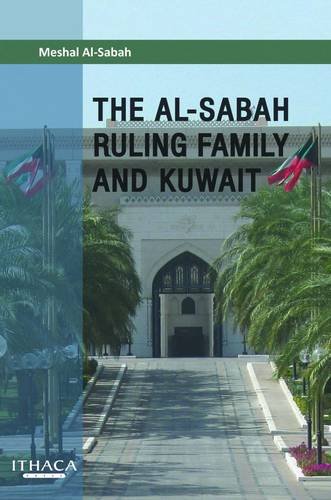