The New Arab Media: Technology, Image and Perception; provides a valuable introduction and analysis of some of the most important issues surrounding the new media revolution in the Middle East, in particular examining the two Janus-like faces of the new media in the Middle East: its role in reflecting developments within the region as well as its function in projecting the Arab world outside of the Middle East. Topics examined within the book include the impact of Al-Jazeera; implementation of the Internet in the region; use of the media for diplomacy and propaganda; image culture; use of the Internet by religious diasporas; ICTs and the Arab Public Sphere; the influence of satellite TV on Arab public opinion; and the explosion of local radio stations in Jordan.

Mahjoob Zweiri is an Assistant Professor in Middle East Politics and Iran at the Center for Strategic Studies (CSS) at the University of Jordan. He is the author of numerous peer-reviewed papers, and is the co-author (with A. Ehteshami) of two books, Iran and the Rise of Its Neoconservatives: The Politics of Tehran’s Silent Revolution (I.B. Tauris, 2007) and Iran’s Foreign Policy: from Khatami to Ahmadinejad (Ithaca Press, 2008).

Emma C. Murphy is Professor of Political Economy in the School of Government and International Affairs, University of Durham. She is a Fellow of the Royal Society for the Encouragement of Arts, Manufactures and Commerce, and a co-editor of the journal Mediterranean Politics. Her interests in the Arab media stem from the political economy of information and communication technology and she has published articles on this subject in journals such as Third World Quarterly and International Studies Quarterly. Her monographs include Economic and Political Change in Tunisia: From Bourguiba to Ben Ali (Palgrave, 1999) and (co-authored with Clive Jones) Israel: Challenges to Identity, Democracy and the State (Routledge, 2002). Other contributors include Ahmet Uysal, Jon W. Anderson, Andreas Musolff, Abdel-mutaleb Al-Zuweiri, Khaled Hajji, Saima Saeed, Fiona McCallum, Fares Braizat and David Berger.

Next
Nation-building, State and the Genderframing of Women’s Rights in the UAE
Previous
Reform in The Middle East Oil Monarchies 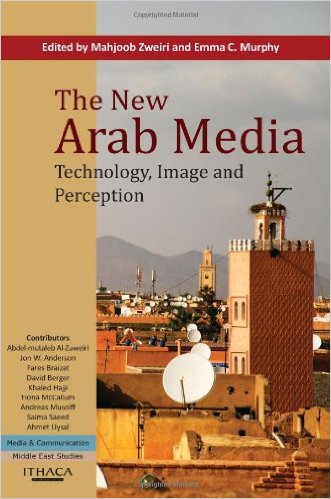