Nation-building, State and the Genderframing of Women’s Rights in the UAE

The extensive changes to Emirati women’s traditional rights and roles have been one of the most visible transformations taking place in the United Arab Emirates throughout its forty years of modern history. This book offers an interpretation of why and how these modifications came about. The author discovers that there is no direct or easy link between the state’s ‘offer of rights’ for women, and society’s acceptance of them. Given these circumstances, the mechanisms that induce women to actually take advantage of what is offered have not been given sufficient attention. The concept of ‘genderframing’ aims precisely at defining that ‘connecting mechanism’, and explaining the successes and failures of these policies both mobilization- and implementation-wise. The term ‘genderframing’ refers to a dynamic and interactive process between the state and its population which entails the symbolic rework of meanings associated to women-related policies. It is argued that such re-interpretation has been purposefully conducted by the Emirati State in order to portray the changing roles of women as necessary and desirable, for reasons associated to nation-building purposes, religious conformity, promotion of family values, and efforts at indigenous cultural preservation. This book highlights the profound intertwining of gender, nation- building, and domestic socio-political dynamics in a country that, while seeking to establish its modernizing credentials, is still struggling for self-definition and empowerment.

Vania Carvalho Pinto has studied in Coimbra (Portugal), Leiden (Netherlands), Exeter (UK) and Hildesheim (Germany). She spent nearly a year and half in the UAE as Visiting Researcher both at the Sharjah Supreme Council for Family Affairs and at the University of Sharjah, researching for this book.

Next
Political Islam in the Global World
Previous
The New Arab Media: Technology, Image and Perception 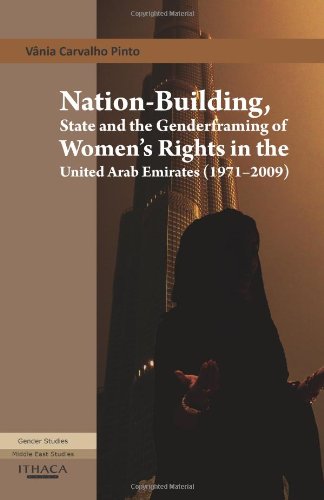