Political Islam in the Global World

The combination of Islam and politics creates strong images and provokes fierce discussion. Over the last few decades we have seen how Islam has generated political turbulence around the world. In Political Islam in the Global World, Aini Linjakumpu develops an approach with which one can study the politicization of Islam in different circumstances and contexts. The book uses three case studies to analyze the political dimension of Islam: cooperation between the European Union and non-Union Mediterranean countries (including Morocco, Algeria, Tunisia, Egypt, Israel, Jordan, Lebanon, the Palestinian Authority, Syria, Turkey, Cyprus and Malta); the Muslim Brotherhood of Egypt; and discussion groups on the internet. These case studies represent both traditional forms of political Islam and also totally new practices of Muslim politics and communality. The author also examines political identity. Identity is important in studying political Islam, as the political dimension of Islam is often connected with identity and the formation and existence of a community. The role of language is also discussed, as politicization and the study of identity are by their nature attached to it. The conclusion is that the combination of Islam and politics is a multidimensional and heterogeneous thing. The monolithic view of Islam is deconstructed and in its place the author paints a picture of an extremely multifaceted process.

Aini Linjakumpu is the Director of the International Studies Centre at the University of Lapland in Rovaniemi, Finland.

Next
Early Arabic Poetry – Select Poems
Previous
Nation-building, State and the Genderframing of Women’s Rights in the UAE 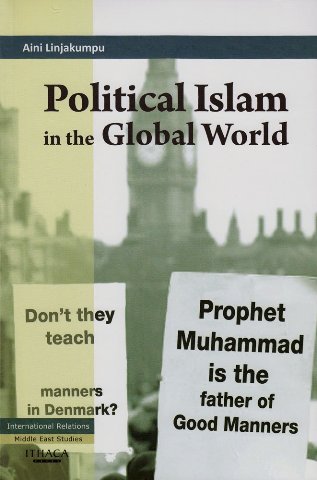