Through the Wall of Fire – Armenia-Iraq-Palestine; From Wrath to Reconciliation

Can peoples and nations who have been pitted against each other in geopolitically manipulated conflict overcome the adversary relationship and achieve reconciliation? Through the Wall of Fire attempts to answer this question, examining the Armenian genocide of 1915, the two Iraq wars and embargo regime, as well as the ethnic cleansing of the Palestinians beginning in 1948. Muriel Mirak-Weissbach portrays these seminal moments of the twentieth century through the eyes of those who were children at the time. Their first-hand accounts of the dramatic events are corroborated by documented historical research, in the effort to identify which political forces were ultimately responsible and why. An episode from Dante s Divine Comedy, the pilgrim s passage through a wall of fire, serves as a metaphor for the challenge facing political leaders and their citizens who seek reconciliation; like the pilgrim-poet, they must undergo a profound internal, emotional transformation, overcoming the hatred, bitterness and desire for revenge that the traumatic past has left behind. In contemporary politics, traversing the wall of fire requires abandoning the prejudices and ignorance bred by conflict. It means facing the truth about the past, acknowledging the historical record in all its brutality and identifying those responsible. Only then is it possible to forgive and forget , to define a new relationship based on the commitment to enhance the progress of the Other.

Muriel Mirak-Weissbach is an Armenian-American journalist living in Germany. She has published hundreds of articles on economic, political and cultural developments in the Arab and Islamic world. 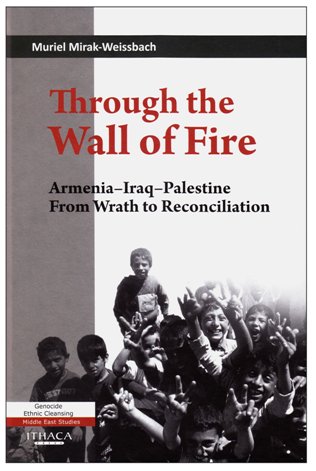