The first decade of the new millennium witnessed wide-ranging transformations in the six countries that make up the Gulf Cooperation Council. They entered unchartered waters by experimenting politically and socially, expanding economically and asserting their influence internationally. These attempts stemmed not only from the realization that such a shift is inevitable, but also from their newfound confidence that a blend of tradition and modernity can indeed survive alongside and complement each other. Boom Amid Gloom is an empirical study of seven themes that help test the pulse of these countries and indicate where they are headed during the course of the next few decades. Some of these game-changers are central to understanding how the 2003 2008 oil boom ushered in and nurtured an unparalleled sense of hope in the region, even as the global economic slowdown thereafter spread gloom in many parts of the world. The book analyzes how the region stands on the threshold of evolving from merely being oil-rich and rapidly modernizing to achieving a more balanced and sustainable model of overall development in future.

Next
Through the Wall of Fire – Armenia-Iraq-Palestine; From Wrath to Reconciliation
Previous
Early Arabic Poetry – Select Poems 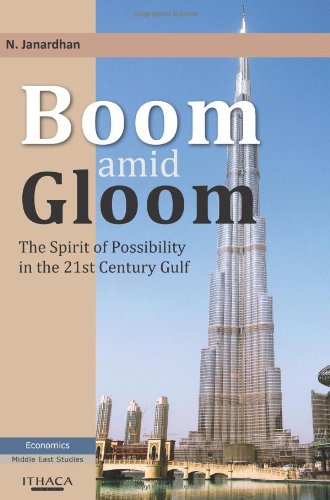