The Nabati Poetry of the UAE

Nabati poetry is the traditional poetry of the Arab tribes of Arabia and neighbouring areas. Though composed in an artistic variant of ordinary Bedouin speech, historically it is the descendant of the pre-Islamic Classical Arabic poetry of antiquity, and its modern exponents still compose in the traditional genres of boasting, praise, satire, elegy, advice and guidance, love and lyric poetry. Nowadays, there is also a thriving tradition of poetic comment on contemporary social and political issues. This book gives an account of the tradition as practiced in the United Arab Emirates, exemplified by English verse translations of fifty-three poems by twenty-five different poets covering the last half century. The original Arabic poems are also included, with brief notes on their language, rhyme, and scansion. Thee book is accompanied by a CD containing recordings of twenty-two of the poems in the original Arabic.

Clive Holes has been Professor for the Study of the Contemporary Arab World at the University of Oxford since 1997. He has published widely on the Arabic language, both Classical and dialectal, and on Arabic popular literature. In 2009, he and Said Salman Abu Athera published Poetry and Politics in Contemporary Bedouin Society (Ithaca & AUC Press), a study of the modern Nabati tradition of Jordan and Sinai. Professor Holes is a Fellow of the British Academy.

Said Salman Abu Athera is an independent researcher into Bedouin poetry, lore, and customs, and an Associate Member of the Sub-Faculty of the Near and Middle Eastern Studies at Oxford. He has published and broadcast extensively in Arabic and acted as a consultant for UNESCO on Bedouin affairs. He is a founder member of the Jordanian National Committee for Cultural Heritage, and established the Centre for the Preservation of Bedouin Culture, a non-profit NGO.

Next
The Day Turkey Stood Still: Merve Kavakci’s Walk into the Turkish Parliament
Previous
Security Arrangements in the Persian Gulf 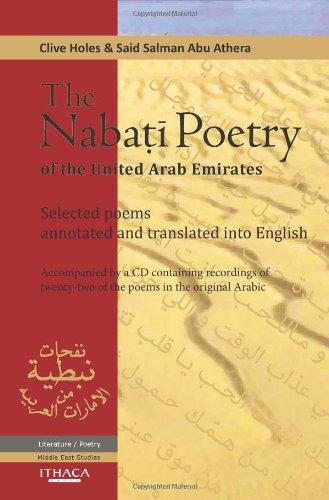