On May 2nd 1999, Merve Kavakci walked into the Turkish Grand National Assembly to take her oath of office as a member of Turkish Parliament, wearing her Islamic headscarf (hijab), which is banned for civil servants in secular Turkey. A near riot ensued, and the Prime Minister told the crowd to ‘put this woman in her place’. Since then, Kavakci has become an outspoken critic of Turkey’s secularization policy, travelling the globe in support of Muslim women’s rights, especially regarding the hijab, which she promotes as a symbol of female empowerment. The Day Turkey Stood Still is a unique behind-the-scenes story of the first headscarved woman to be elected into the Turkish Parliament, and the harsh reaction against her election. It reveals for the first time what happened behind closed doors to prevent Merve Kavakci from taking her oath of office, and deconstructs her vilification by the government, military, media and political parties.

Richard Peres is an author, civil rights activist, adjunct professor and international businessman. He has several years experience of teaching Communications and International Marketing in both the US and Turkey. He has an MA in International Politics, and is a feature writer for Today s Zaman in Turkey, and a regular contributor to Turkish Review.

Next
Iran’s Foreign Policy: From Khatami to Ahmadinejad
Previous
The Nabati Poetry of the UAE 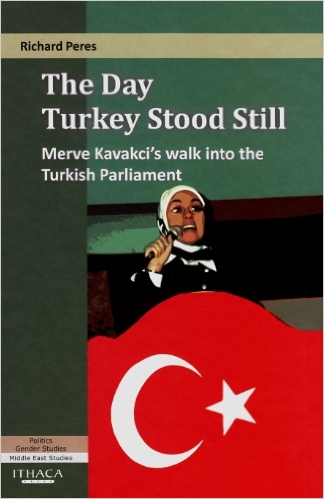