Tunisia since the Arab Conquest

This comprehensive history of Tunisia covers an essential period in the country’s development, from the Arab conquest of the seventh century to the Jasmine Revolution and the fall of Ben Ali’s regime in 2010. Tunisia since the Arab Conquest describes the evolution of the Tunisian state, its place in the Mediterranean basin and its contacts with the civilizations of that region. Beginning with the Arab conquest of AD 648-669, Dr. Jacob Abadi analyses the crucial events that shaped the country’s history in the dynastic age. He then goes on to discuss the impact of the Ottoman conquest and the impact of the European competition in the Mediterranean on the development of the Tunisian state. Abadi provides a thorough coverage of the French conquest, and the French Protectorate and their impact on the country’s development. He discusses Franco – Tunisian relations in a vivid manner, and explores the impact of the first and second World Wars on the country. Abadi then examines the Tunisian nationalist movement and the country’s struggle for independence, assessing the impact of the main personalities who played a role in that movement. Tunisia’s relations with France and the methods by which the country obtained its independence are discussed in great detail. The narrative continues with an analysis of the political, social, economic and cultural developments in Tunisia since its independence, including an in-depth analysis of the country’s achievements and failures under the regimes of Habib Bourguiba and Ben Ali. Based on primary and secondary sources in Arabic, French, Italian, Hebrew and English this book will provide the reader with a comprehensive history of the country in one volume. It is essential reading for students and academics who wish to understand the formative years of the Tunisian state as well as the political developments, which took place after its independence.

Dr Jacob Abadi is currently Professor in the Department of History at the United States Air Force Academy, Colorado. He is the author of several books, including Britain’s Withdrawal from the Middle East: The Economic and Strategic Imperatives, 1947-1971, Israel’s Leadership: From Utopia to Crisis, Israel’s Quest for Recognition and Acceptance in Asia: Garrison State Diplomacy.

Next
Outright Assassination
Previous
Slavery and Manumission: British Policy in the Red Sea and the Persian Gulf in the First Half of the 20th Century 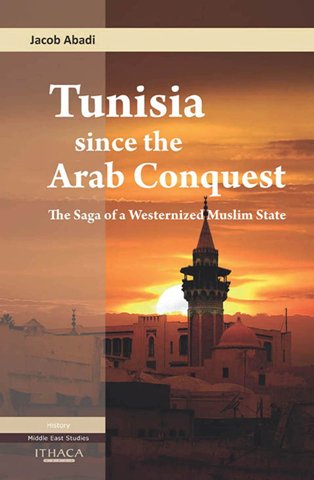