Slavery and Manumission: British Policy in the Red Sea and the Persian Gulf in the First Half of the 20th Century

‘I am a free-born woman, and not a slave of anyone’, Manuy bint Khalfan, Speaking to a British Agency in Sharjah on 24th October 1938. Manuy bint Khalfan was a female slave who was sold and mortgaged several times before she finally escaped from her master. This book is dedicated to her memory, and to the memory of all the other slaves who have had the will to escape. Many books have been written about slavery, but what makes this one unique is that it presents the problem of slavery using the statements and life stories of individual slaves. Manumission procedures applied in the Persian Gulf required that applicants produced written statements describing the circumstances of their enslavement and their reasons for having run away from their masters. British Agencies therefore have at their disposal the life stories of almost 1000 slaves, named and speaking in their own voices. Their statements are published for the first time in this book. The analysis of these statements sheds light on various aspects of social, religious and political life in the Gulf in this period, and the way in which slaves were treated. It allows us to answer some questions fundamental for understanding the history of Persian Gulf societies in the first half of the 20th century; particularly the role of slave labour in the pearl industry, the conformity of social practice with religious norms concerning slavery, the position of the British government in regard to slavery in the Gulf, and the role of the British system of manumission in the eradication of slavery.

Jerzy Zdanowski is a researcher and Professor at the Institute for Mediterranean and Oriental Cultures, Polish Academy of Sciences, in Warsaw. A historian and Arabist, he has been involved in Middle Eastern studies since 1978. He has written eleven books in Polish, has authored numerous journal articles on the subject of slavery and manumission. 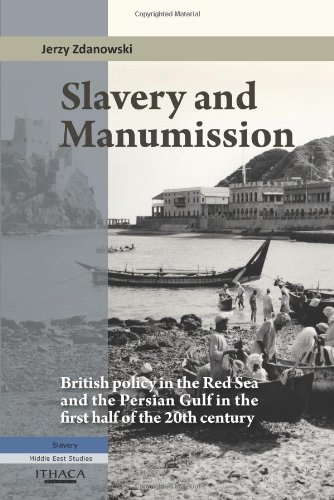