The Society of the Muslim Brothers

Following the remarkable resurgence of Islamic political activism in recent decades, radical Islamist movements now have a presence in almost every Muslim country and form the major opposition forces to the established regimes in the Middle East. This important book deepens our understanding of the influence of contemporary Islamism by providing the first definitive history of the meteoric rise of the mother organization of all modern Islamist movements, the Society of the Muslim Brothers. Founded in 1928 by a young primary schoolteacher, Hasan al-Banna, the Society rose to become the largest mass movement in modern Egyptian history in less than two decades, clashing with the ruling elite on a wide range of issues. Drawing on a wealth of new sources which include material by the Society’s veterans and dissidents, the Society’s internal publications from the 1930s and early 1940s, a collection of Hasan al-Banna’s letters to his father and security files from the Egyptian National Archives, Brynjar Lia examines the socio-economic and cultural factors which facilitated the movement’s expansion and analyses the keys to its success – its organization, internal structure, modes of action and recruitment techniques as well as its ideological and class appeal.

Brynjar Lia is a Research Scientist at the Norwegian Defence Research Establishment and teaches at the Institute of East-European and Oriental Studies at the University of Oslo.

Next
Slavery and Manumission: British Policy in the Red Sea and the Persian Gulf in the First Half of the 20th Century
Previous
The Arab State and Neo-liberal Globalization: The Restructuring of State Power in the Middle East 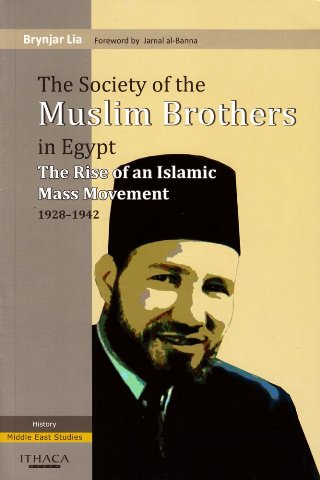