The Arab State and Neo-liberal Globalization: The Restructuring of State Power in the Middle East

This collection of essays by leading academics offers an alternative approach to the study of today’s Arab states by focusing on their participation in neo-liberal globalization rather than on authoritarianism or Islam. The effects of the restructuring of traditional state power engendered by globalization are analyzed separately, through updated empirical research into the political, economic and security processes of each country considered. Egypt, Lebanon, Morocco and Saudi Arabia are the case studies selected to represent different paths towards a shared model of a ‘new’ Arab state which, far from representing an exceptional case of resilience against global trends, may be seen in many instances as typifying their effects. This book thus offers both an overall conceptualization of change affecting the Arab states, domestically and internationally, and a series of in-depth case studies by country and functional areas. It is extremely timely when viewed within the context of the current political unrest and unprecedented change within the Middle East. The paperback edition includes a new preface which links the author’s research to the current Arab Spring crisis.

Laura Guazzone is Professor of the Contemporary History of the Arab Countries at ‘La Sapienza’ University of Rome. Daniela Pioppi is Senior Research Fellow at the Italian Institute of International affairs.

Next
The Society of the Muslim Brothers
Previous
Madmen at the Helm: Pathology and Politics in the Arab Spring 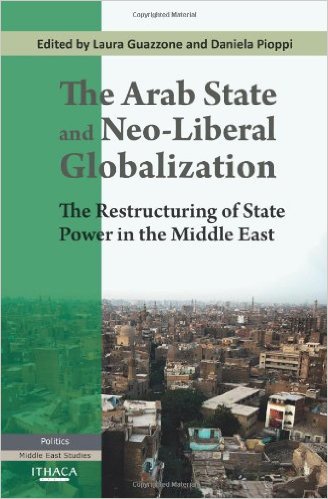