No other political trial in Lebanon and, indeed, the Arab World has been more controversial than the trial and execution of Antun Sa’adeh just before sunrise on July 8, 1949. The case is inescapably a tragedy. It was and still is the shortest and most secretive trial given to a political offender. Indicted for treason and for creating dissension, Antun Sa’adeh was tried on trumped-up charges based on falsified evidence and deliberate misapplication of the law. It was really nothing more than an open-and-shut exercise in accusation and punishment – a trial more appropriate to the cruel days of the Middle Ages than the supposedly civilized world of the 20th century. Since the trial was held, many complex issues have been raised, many more crucial than the actual fate of the accused: Why the secrecy and haste? Was it a fair trial? Was the offence political and, if so, why did the Lebanese State refuse to treat it as such? What did the Khoury regime hope to achieve from the trial? Did the penalty fit the crime? This book answers these and many more questions that until now have received cursory treatment as part of a general history rather than the thorough analysis they deserve. 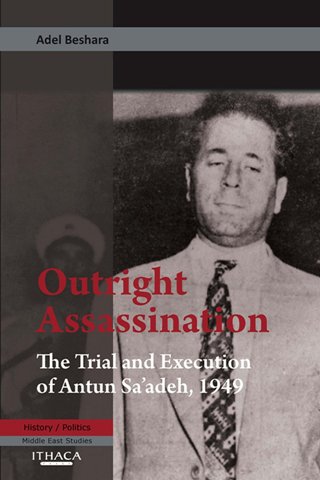