Yemen into the Twenty-First Century: Continuity and Change

In 1990 the Yemen Arab Republic and the People’s Democratic Republic of Yemen united to form the Republic of Yemen. The following decade was marked by the political process of unification on the one hand, and by the processes of changing institutions, social dynamics and merged economies on the other.This book focuses on the major social, legal and economic aspects of this transformation, and it is possibly the only such analysis concentrating on these aspects during a crucial period in the history of modern Yemen. The 1990s witnessed the birth of an entity significantly different from its original constituent states. In addition to the process of establishing unified institutions, the decade was marked by increased revenues from oil exports, the worsening of the water crisis affecting agriculture and hence the income base for over 70 per cent of the population, the financial, economic and social crisis brought about by the 1990-91 Gulf War in the first half of the decade, and the greater influence of foreign aid institutions in the second half of the decade, in addition to the ongoing rapid increase in the population.The book brings together work by leading Yemeni and international scholars and addresses all these important developments, directly or indirectly, so as to provide a unique analysis of key economic, social and legal issues facing Yemen at the start of the twenty-first century.

Kamil Mahdi teaches economics and political economy of the Middle East at the Institute of Arab and Islamic Studies, University of Exeter.

Anna Wuerth teaches at the Free University of Berlin and is an advisor to the German Institute for Human Rights.

Helen Lackner is an honorary research fellow of the University of Exeter and an associate of
CEFAS in Sana’a. 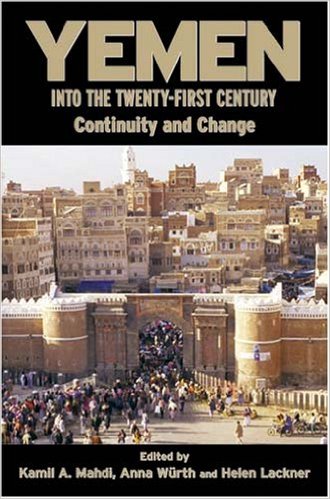