The international relations of the Persian Gulf have long been dominated by power politics. Its unrivaled energy resources have historically made this geopolitical arena a vital national security interest for the United States. Historically, Persian Gulf security became synonymous with the maintenance of the political status quo, but with the onset of the War on Terror, US foreign policy has shifted in priority towards combating the root causes of Islamic extremism. The age-old policy of maintaining stability to ensure a free and secure flow of energy is now recognized as having fueled Islamic extremism. The new strategic objective for the United States is to see a complete overhaul of the political systems within the region and to develop a culture of political participation to achieve regional security and ensure US homeland security. It is a new agenda wholly in keeping with the messianic Wilsonian values that have long been part of US foreign policy. The purpose of this book is to offer a detailed analysis of US foreign policy towards Iran and Iraq since the onset of the post-Cold War era and to chart its developments and changes right through to the contemporary period of the War on Terror epitomized by the Presidency of George W. Bush. It also provides a detailed examination of US foreign policy towards political Islam to show why and how US strategic interests have so fundamentally changed since the trauma of the 9/11 attacks. Written in a clear and accessible style, the book is sure to prove invaluable for students, policymakers, and the general reader interested in the politics and security of this highly important but volatile region of the Middle East.

Dr Steven Wright is a specialist on international security, US foreign policy and the politics and strategic studies of the Persian Gulf. He was educated at the University of London where he received a degree in social and political science, and also at Durham University where he obtained a Masters in International Studies and a PhD in International Relations and Security of the Middle East. He has acted as a geopolitical risk and security consultant to several governments and leading commercial organizations. He has also worked for Control Risks Group as a Persian Gulf Analyst. Dr Wright is currently Assistant Professor in International Affairs at Qatar University.

Next
Al-Yamama in the Early Islamic Era
Previous
Gathering the Tide: An Anthology of Contemporary Arabian Gulf Poetry 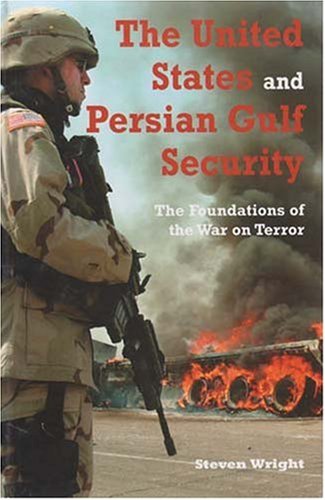