Building Arafat’s Police: The Politics of International Police Assistance in the Palestinian Territories After the Oslo Agreement

This book examines the role of international donors in creating and reforming the Palestinian police and security forces, beginning in the early aftermath of the Oslo Accords to the outbreak of the second Intifada, which brought most police reform efforts to a standstill. The author explores the challenges and dilemmas facing the donor countries when they strived to assist in building a police that was being without the framework of an independent state. Apart from providing unique insight into the problems of providing aid to police forces created by a national liberation organization in a war torn society, this books also offers a far more detailed and accurate account of a much neglected research topic, namely police reform efforts in the Middle East peace process. The book demonstrates how the donor officials struggled to overcome ingrained unwillingness at home against the use of aid funds for police reform purposes, while at the same time maneuvering uneasily between Israeli obstructionism and security concerns, rivalries between Palestinian police generals, as well as a lack of Palestinian preparedness for the technical and practical aspects of police reform. Based on a host of new unpublished sources, spanning from Palestinian Authority documents, internal Palestinian Police publications, a unique access to the archives of the Norwegian Foreign Ministry (which chaired the most important police coordination committees), the present study gives a unique insight into a hitherto uncharted territory in contemporary Palestinian and Middle Eastern history. This book will be of invaluable interest to students, researchers and practitioners in the field of security sector reform and international police assistance.

Brynjar Lia is a Research Professor at the Norwegian Defence Research Establishment in Kjeller, Norway. He was a Visiting Fulbright Scholar at Harvard University in 2001-2. Lia is the author of A Police Force Without a State: A History of the Palestinian Security Forces in the West Bank and Gaza (Ithaca Press, 2005), and The Society of the Muslim Brothers in Egypt: The Rise of an Islamic Mass Movement 1928-42 (Ithaca, 1998). 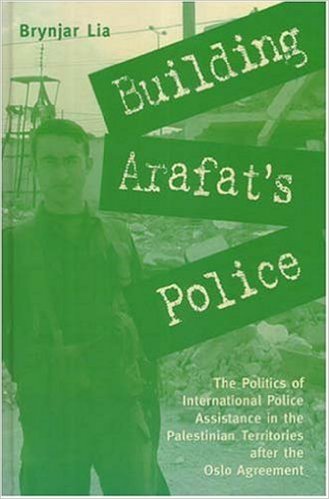