Interpreting the Orient: Travellers in Egypt and the Near East: v. 2

Egypt and the Near East have enchanted many people over the centuries. Travellers from the West have journeyed to this region for a variety of motives: in pursuit of knowledge, power, diplomacy and trade, for pleasure and adventure, on pilgrimage, and to plunder and discover the exotic – or sometimes simply to discover themselves. Some have been influenced more than others by what they saw, bringing back tangible evidence of their visits in the form of antiquities or other collectors’ items; many have used their observations and experiences for their own literary and artistic ends. This collection of papers has its origin in the conference “Travellers to Egypt and the Near East” held at St Catherine’s College, Oxford in July 1997. They are arranged approximately in chronological order – though with so many common themes running through them, a strict sequence according to a single criterion has proved almost impossible. In addition to the chronological sequence, the reader will detect a number of common themes – religion, gender, economics, colonialism, perceptions of literature and art and so forth that haunt the essays and form webs of interconnection between them. The papers included in this volume range from those on Carl Haag and Gertrude Bell to gender politics in a colonial context. These essays provide a fascinating array of perspectives on a set of historical, literary and cultural relationships about which debate is certain to continue well into the twenty-first century.

Paul Starkey studied Arabic and Persian at Oxford and now teaches at the University of Durham. He is the author of From the Ivory Tower: A Critical Study of Tawfiq al-Hakim (1987) and co-editor of the Encyclopedia of Arabic Literature (1988).

Janet Starkey studied social anthropology in Edinburgh and London and now teaches material culture at the University of Durham. She has worked extensively in the museum field, and is particularly interested in the ethnography of Egypt and Sudan

Next
Caught in Crossfire: Civilians in Conflicts in the Middle East
Previous
Arabian Diversions: Studies on the Dialects of Arabia 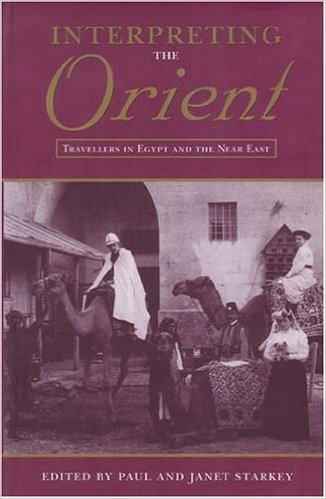