Caught in Crossfire: Civilians in Conflicts in the Middle East

Examining the prolonged Arab-Israeli conflict, Lebanese civil war and the periodic upsurges of inter-state and internal tensions in the Gulf region, this book looks at how civilians are at the forefront of military conflicts and violence in the Middle East. The unsung heroes and real victims of wars in the Middle East are the civilian populations. Quickly forgotten, they have all too frequently been forced to endure the brutalities of war and its aftermath. Behind political calculations, military strategy and technological innovations, it is the unarmed civilian population that is expected to make the maximum sacrifices.Wars reflect the fears and trepidations of ordinary men and women about the ability of their leaders to lead their nations during critical times and to make sensible choices. Civilians suffer even when clear-cut victories are achieved in the battlefield and their problems often begin when the guns fall silent. Their attempts to reconstruct their lives and livelihood are, however, generally ignored, forgotten and unspoken. This book attempts to redress the balance, and reminds us that the ‘collateral damage’ of war actually has a serious and enduring impact upon Middle Eastern societies, and should not be neglected.

Next
The Arab Influence in Medieval Europe
Previous
Interpreting the Orient: Travellers in Egypt and the Near East: v. 2 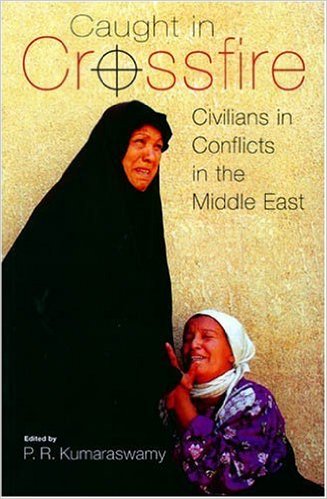