Arabian Diversions: Studies on the Dialects of Arabia

This volume consists of articles written since 1969 on the Arabic dialects and oral literature of the Arabian peninsula and neighbouring areas. They are the result of research in the field beginning in in 1969 in Khuzistan in south-west Persia and continuing through Southern Iraq, Kuwait, Saudi Arabia and Qatar. These studies cover a continuous area of Central and Eastern Arabia concentrating on the speech of tribal groups including the Mutair, Dhafir and al-Murrah Bedouin tribes, shepherd tribes settled cultivators, Mi’dan Marsh Arabs and Kawawila. All of the studies rely on the use of passages from the oral tradition of the Bedouin and people of Najd and include prose and poetry excerpts.

Bruce Ingham is Reader in Arabic Linguistic Studies at SOAS, University of London. He has travelled widely in the Middle East doing field research on Arabic in the Arab World, Persia and Afghanistan. In addition to teaching Arabic and Linguistics he also works on American Indian Languages.

Next
Interpreting the Orient: Travellers in Egypt and the Near East: v. 2
Previous
Citizenship and the State: A Comparative Study of Citizenship Legislation in Israel, Jordan, Palestine, Syria and Lebanon 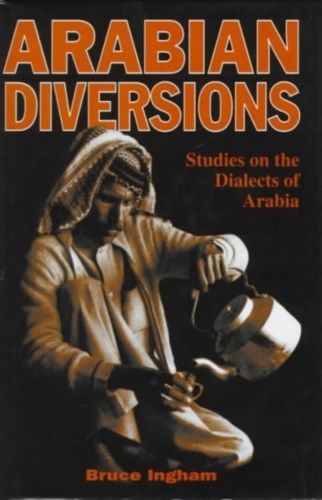