Citizenship and the State: A Comparative Study of Citizenship Legislation in Israel, Jordan, Palestine, Syria and Lebanon

An analysis of the relationship between the individual and the state as played out in the Levant. Dr Davis pioneers a new conceptual framework for the Middle East.

Uri Davis is Chairman of Al-Beit (Association for the Defence of Human Rights in Israel) and one of Israel’s leading human rights activists. As research fellow at the Universities of Durham, Exter and Bradford, and as research referee for the Academic Programme for the Study of Involuntary Migration (APSIM) at Najah University, Nablus. He has worked on democracy and human rights in Israel and Palestine, and has published widely in this field. His previous publication include The State of Palestine and Crossing the Border: A Political Autobiography. This timely book extends his scholarship to the whole region of the Levant and makes a significant contribution to the Middle East debate.

Next
Arabian Diversions: Studies on the Dialects of Arabia
Previous
The Last Khedive of Egypt: Memoirs of Abbas Hilmi II 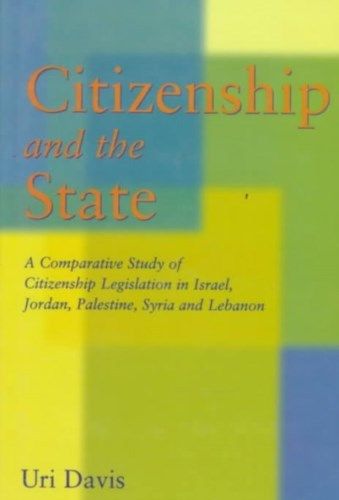