The Rebirth of Uzbekistan: Politics, Economy and Society in the Post-Soviet Era

Invaded by the Persians under Darius I, the Macedonians under Alexander the Great, the Arabs in the eighth century and the Moguls in the 13th, Uzbekistan evolved into a richly-textured country that came to dominate Central Asia until its annexation by Russia in the 19th century. Apart from giving an account of its history and culture, this title examines the country’s development since the break-up of the Soviet Union, its social, political and economic orientation in the modern world and its role as a bridge between East and West, North and South. In the political field, the author investigates the present system of government and the democratic institutions that have been put in place. In the economic field, he discusses Uzbekistan’s path to economic reform and its macroeconomic stabilization strategy, and explains the country’s failure to espouse the Western model of economic reform. As for the social setting, Dr Yalcin provides a detailed account of the ethnic minorities living alongside Uzbekistan’s Muslim majority, and analyzes inter-ethnic relations. The diversity of information on this increasingly important and little-known country makes this an important work for those with an interest in the modernization taking place not only in Uzbekistan, but in Central Asia as a whole.

Resul Yalcin, born in Turkey and educated in England, is an Uzbek-speaking scholar. He spent a year in Uzbekistan carrying out field research on the country’s social, political and economic life. He has two MA degrees and a Ph.D. in International Relations, and is currently Visiting Researcher at the London School of Economics. His previous publications on Uzbekistan include the compelling Ethnic minorities in Uzbekistan: the case of Koreans, in the International Journal of Central Asian Studies (1999). 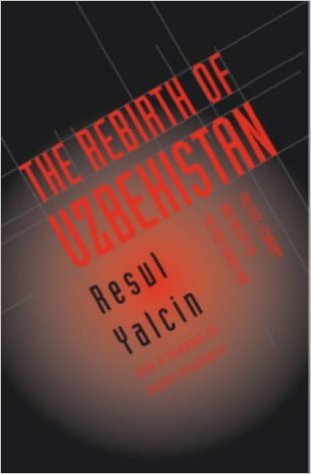