Salma Mardam Bey’s account of the struggle of the Syrian nationalists for independence during the Second World War is written from the perspective of one of the most prominent Syrian leaders of the time, her father, Jamil Mardam Bey. Drawing on her father’s private papers – personal memoranda, minutes of meetings, diaries and letters – as well as British and French official records, the author vividly describes the chronology of events, from Vichy rule in 1939 to the bombardment of Damascus in 1945. This original portrayal of a critical period in Syria’s history shows how the tripartite conflict involving Britain under Churchill, France under de Gaulle and Syria under the nationalists, was finally resolved to Syria’s advantage.

Next
The Rebirth of Uzbekistan: Politics, Economy and Society in the Post-Soviet Era
Previous
The Sultanate of Oman: 1914-18 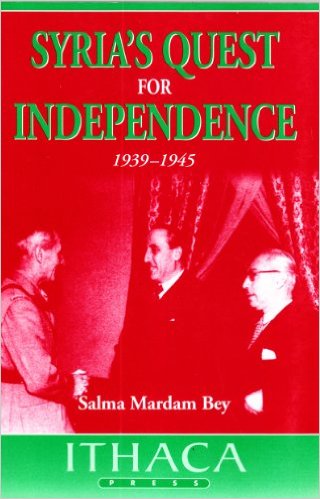