From the late Ayatollah Khomeini’s fatwa against Salman Rushdie, to the extremism of the Taliban and the mass murder of the September 11th attacks, the image of Islam as a violent and anti-Western faith has featured dominantly in the global mass media. In this book, Elzain Elgamri sets out to refute such generalisations.Taking into account the historically conditioned Orientalist discourses, in light of the polarized relationship between Islam and the West, and deconstructing what has actually been reported in the British quality press, he argues that what has actually been journalistically covered is an incomplete fragment of a much more complex situation.While acknowledging that these terrible acts were indeed committed in the name of Islam, and that they did involve bloody violence that claimed the lives of innocent civilians and caused much intimidation, he argues that these events have been represented by the media as an archetype of Islam, whereas in actual fact there is no single monolithic Islam and, consequently, no single monolithic Muslim community. The author concludes that contrary to what is frequently depicted, Islam and Muslim societies are not confined only to confrontation, violence, terrorism and antagonism towards everything Western, but rather are extremely diverse in their religious and political outlooks.

Elzain Elgamri is a media researcher, journalist and translator who works for Arab Press House in London..

Next
The Information Society and Development: What kind of relationship?
Previous
Israelism: Arab Scholarship on Israel, a Critical Assessment 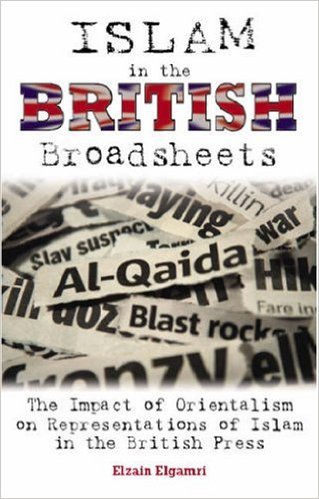