The Information Society and Development: What kind of relationship?

The topic of information Society is of a very high importance, in the dawn of the new era. It is a highly innovative tendency which leans on information as an energy in the fullest sense of the word. As a result, a way of thinking, a life style, an immaterial economy, and a specific societal model ensued. The Information Society and Development has both an academic and a referential aspect. It addresses the theme of the Information Society in nine chapters, covering approaching a new field of knowledge, the emergence, the concept, the characteristics, the challenge, mechanisms for taking up the challenge, joining the rank of developed countries, the principles of the bet, and assimilating the logic of war in peacetime. The work also includes the referential documents issued from the WSIS in its two phases held in Geneva and Tunisia respectively. The book contains a trilingual glossary (Arabic, French, English), including 2555 terms used in current research and studies in the field of the information society. 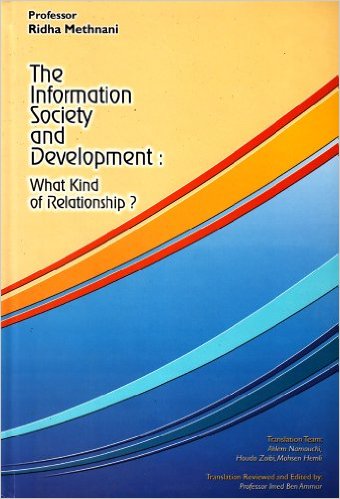