Najaf: Portrait of a Holy City examines the historical and social aspects of one of Iraq’s most important cities, a centre of religious learning and devotion for the Shi‘i community since medieval times. Through original contributions by leading Iraqi and international scholars, this volume presents several key aspects of the history and development of the city, its global spiritual and educational prominence and its modern role as an economic and political centre.

The thirteen essays in this book cover topics such as Najaf’s architecture and urban design, as well as the preservation of its built environment; the impact of social movements and revolutions on the city; pilgrimage and religious authority in Najaf; and the city’s libraries and intellectual development. 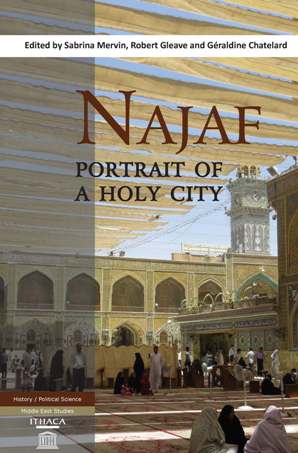