Arabism, Islamism and the Palestinian Question, 1908 – 1941: A Political History

This title traces the origin, development and interaction of two major Arab political forces during the interwar period: the Arab-Islamic movement and the Palestine Question. Dr Nafi analyses the factors that prompted the Arab reformists to take up an Arabist political view at the turn of the century and examines the convergence of Arabism with the struggle for Palestine in the aftermath of World War I. By highlighting key events in the Arab interwar movement – the Jerusalem Western Wall incident, the Syrian revolt in the mid-1920s, the Jerusalem General Islamic Congress, Egypt’s adoption of Arabism, the 1936-9 Palestinian revolt, the reawakening of the pan-Arab movement in Iraq, and the Iraqi-British military clash of 1941 – the study follows the convergence of the fate of the Palestinians with that of the Arab movement as a whole. Despite the failure of the Arab movement to establish a united Arab state in the wake of World War I, Arabism re-emerged in the years to come. The question of Palestine, with its geopolitical and cultural ramifications, provided the chief unifying element upon which the Arab mass movement was predicated. Yet, while the Arab anti-imperialist struggle intensified during the 1930s, the declining Arab position in Palestine and the breakdown of several projects for Arab unity brought the movement to a crisis point on the eve of World War II. The increasing radicalization of Arab politics in the 1930s formed the background against which the reformist vision of Arab-Islamism reached breaking point – precipitating the crisis of legitimacy that affected the Arab regional state, the future conflict between the Arab-nationalist governments and Islamist forces, and the violence that marked Arab political life for several decades to come. 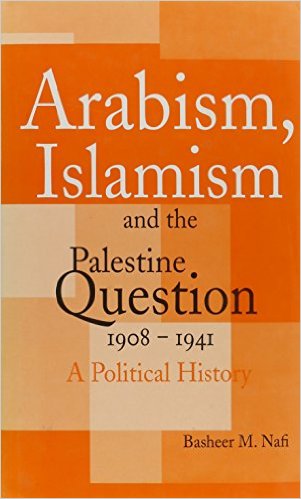