In the Wake of the Dhow: The Arabian Gulf and Oman

The Arabian dhow, with its characteristic features, is one of the most evocative images of the Gulf, the Red Sea and the Indian Ocean. The great cargo dhows represented a flourishing trade which stretched from the Mediterranean up to China in the time of the Portuguese and the Dutch from the sixteenth to the eighteenth centuries. When the pearling industry was at its height in the 19th and early 20th centuries, hundreds of pearling dhows were actively employed, carrying thousands of seamen diving for the finest pearls, a commodity much sought by the Western powers. In times of war, the dhows were magnificent fighting vessels and associated with the piracy so prevalent in these waters.This book is a product of over two hundred interviews with shipwrights and seamen in the Arabian Gulf and Oman over a period of nine years. It compares information given firsthand with the literature already written on the dhow and on Arab seafaring in the past seventy years, much of which was simply technical. Documenting the dhow as an important element in the prosperity of the area before the discovery of oil, we find in this book the geographical conditions and the historical-linguistical background of each dhow-type, the life-pattern in its role as cargo, pearl-diving, pirate and slaving vessel and also how the seafaring communities interacted with the dhow world.

Dionisius A. Agius is Professor of Arabic and Islamic Material Culture at the University of Exeter. His research is mainly on the comparative and historical aspects of Arabic language, society and culture, focusing particularly on the semantics of material-cultural terminology, with a special interest in ship-types and ship-building techniques in the Mediterranean and the Indian Ocean.

Next
The Jordanian-Israeli War, 1948-1951: A History of the Hashmite Kingdom of Jordan
Previous
In a Sea of Knowledge: British Arabists in the 20th Century 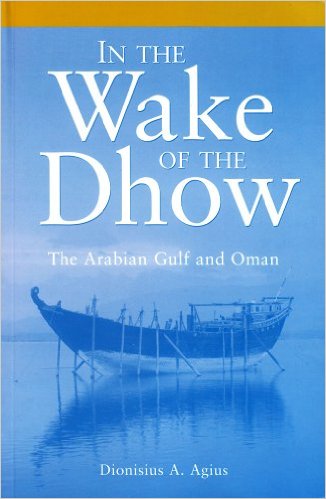