In a Sea of Knowledge: British Arabists in the 20th Century

No country on earth can match the United Kingdom for the concentration of Arab-world expertise and for opportunities to study the Arabs and the Arabic language. How did this come about? This study looks at the remarkable story of British Arabists from 1900 to the new millennium. Lawrence of Arabia is examined and so is Abdullah Philby (the father of the spy Kim), and the lady who knew them both well, Gertrude Bell. Women Arabists appear at many stages of the story as do an extraordinary range of characters, from diplomats and archaeologists to journalists and explorers. After examining the roles of British Arabists throughout the century, the author provides much food for thought by showing how closely involved Arabs and Muslims have become in British life in the third millennium.

Next
In the Wake of the Dhow: The Arabian Gulf and Oman
Previous
The Arab Influence in Medieval Europe 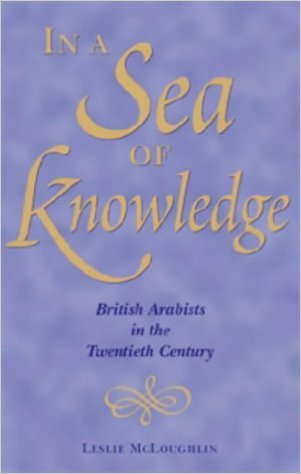