At the time of the First World War, Anglo-Arab relations were in their early stages; indeed the Public Record Office index of Foreign Office documents relating to this period lists the names of only three Arab states – Egypt, Muscat and Oman – with the rest of the Arab countries being included either as part of Turkey or in conjunction with other world powers. This underlines the significance of Muscat and Oman at the time, and hence the intense political activity and struggle between Britain, France and a number of Arab players over the Sultanate of Oman. In this book Raghid El-Solh presents key official documents and archive materials drawn from sources available at the India Office Library and Public Records Index which illustrate the manoeuvring that was taking place. Seen through the eyes of British officialdom, the material, presented chronologically in specific subject areas, illustrates primarily the competition for control of the Arab provinces of the defunct Ottoman Empire, particularly in the northern part of the Arab peninsula. Dr El-Solh also focuses on documents relating to domestic affairs, specifically the rebellion against Great Britain and the Sultan instigated by Abdullah bin Hamaid as-Salimi, the leading Ibadi shaikh and historian. He aimed to force the authorities in Muscat to adhere more strictly to Sharia laws and the rule of Ibadism. Finally, to complete the picture of the Sultanate of Oman during the First World War, the editor includes material relating to the financial situation of the Sultanate, the education of the Sultan’s son and the formation of the levy corps.

Dr Raghid El-Solh is a writer and consultant on Arab and regional political affairs and is a member of the Governing Board of the Centre for Lebanese Studies, Oxford, as well as a member of its research committee. He is the author of Britain’s Two Wars with Iraq, 1941, 1991 and the editor of Oman and the South-Eastern Shore of Arabia. 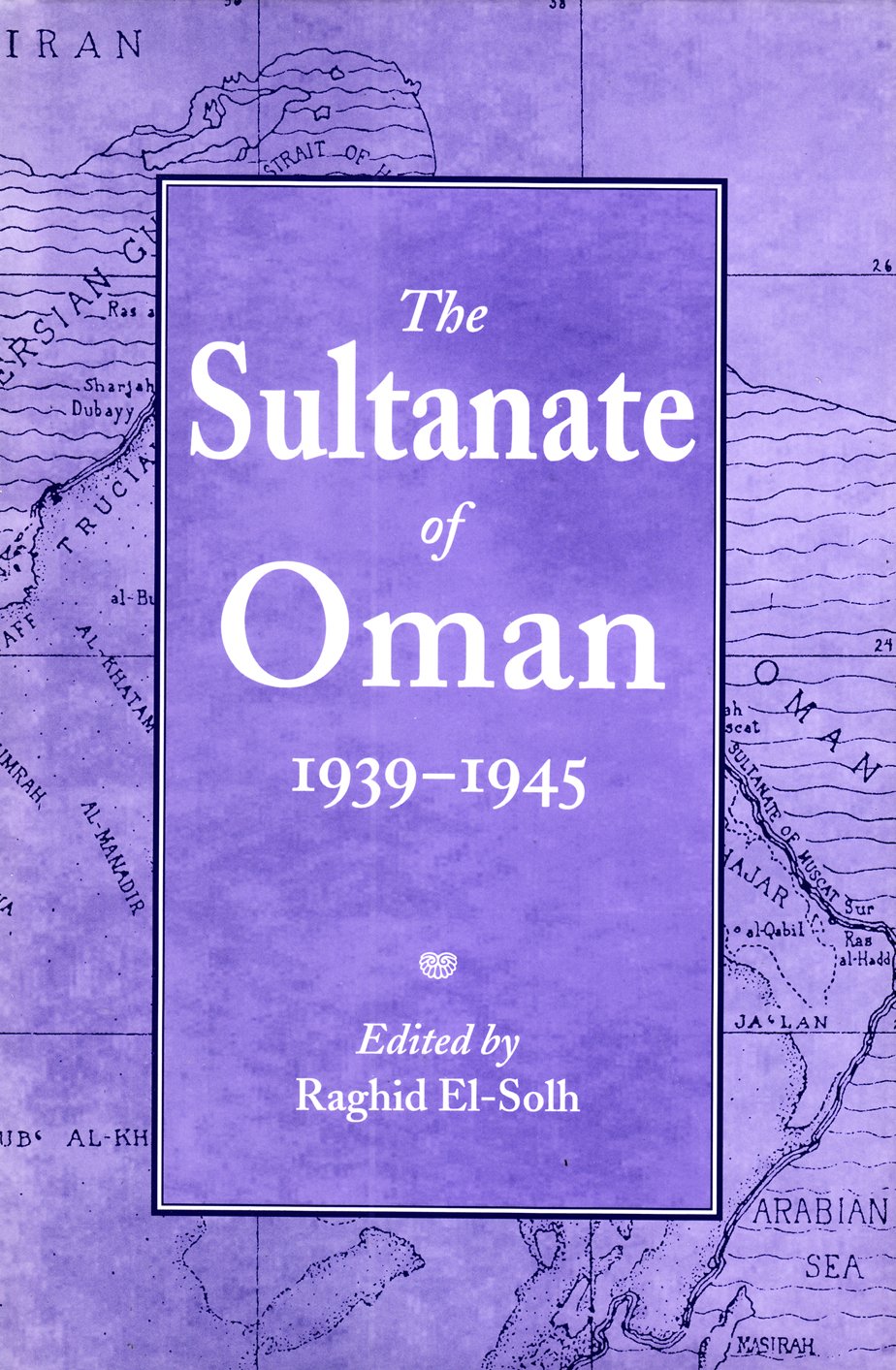