The Druze, a much misunderstood Muslim sect primarily inhabiting the Levant, have endured centuries of persecution by orthodox elements hostile to Islam s rich sectarian diversity on account of their esoteric divergence from mainstream Islam. As a result, they have become a fighting minority, as described by one of their most illustrious leaders. Druze religious belief branched out from tenth- and eleventh-century Shi ism, and includes elements derived from Islamic mysticism. It enshrines all religious schools, but posits itself as the sole path to mystical knowledge. Druze teachings are kept secret, so libel and slander by their opponents have been generally left uncorrected. The Druze have preferred taqiyya (dissimulation) when independence or freedom of belief proved unattainable, which has exacerbated ignorance of their faith. Such mystification makes any enquiry into Druze doctrine or history a delicate endeavour. In this valuable study, however, Abbas Halabi (himself from a prominent Druze family and closely involved in Lebanese Druze policy) elucidates misconceptions about Druze origins. Halabi elaborates on the political role played by the Druze in the history of the region, and evaluates their chances of survival in an era when religious tolerance and political democracy are still nascent.

Abbas Halabi is a former judge and professor of law at Université St-Joseph de Beyrouth, and currently sits on the Board of Directors of the Bank of Beirut and the Arab Countries (BBAC). He has represented the Druze community at political and religious conferences at a national level, and has authored books on interfaith dialogue, reconciliation and civil society.

Next
The Sociology of Islam: Secularism, Economy and Politics
Previous
Europe’s Debt to Persia 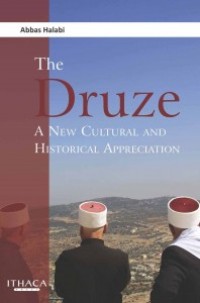